The Difficult Struggle Over the Park 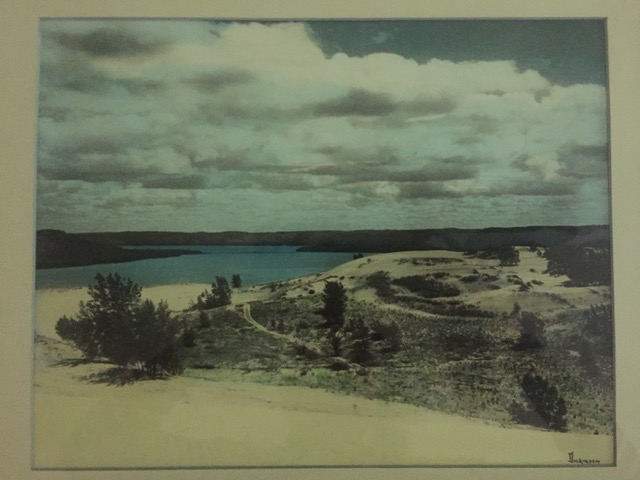 From its first introduction by Senator Philip Hart in 1961 to its ultimate creation by President Nixon in October of 1970, the Sleeping Bear Dunes National Lakeshore was the subject of emotional debate, compromise and some latent bad feelings by many. Some of these feelings were based on concern by landowners over their property being taken by the Park, particularly property surrounding many of the area’s beautiful lakes that had been in families for generations. As noted in his book, The Sixties Sandstorm, Brian Kalt quotes Michigan U.S. Senator Robert Griffin as saying “most everyone favors a park–as long as THEIR land is not to be taken.” Others were upset with the perceived heavy-handed approach by Park officials in dealing with individuals who were impacted by the Park, both during and after its establishment.

According to many, the original bill introduced by Senator Hart was done so without adequate public notice and was a surprise to area residents.  Once residents understood the proposal, opposition to the Park continued to increase. Groups were organized, including a Citizens Council, supported by several other existing or new organizations including the Glen Lake Association.  To deal with local concerns, Hart held a meeting at Glen Lake Community School in August of 1961. Several thousand individuals attended the meeting that ended as a vociferous protest against the plan.  Based on the media coverage of this meeting and lack of support by key legislators, the first three bills that Hart introduced did not pass. But work on the plan continued. Subsequent bills changed the size of the proposed park and mitigated some of the provisions that were most objectionable to residents. Senator Hart persisted in his efforts and nine years later, the Park became a reality.

Since then, much has changed and some things have not. Most people would agree that the Sleeping Bear Dunes National Lakeshore has been a substantial benefit, in both the conservation and preservation of our truly unique and beautiful area. Relations with the local Park officials have greatly improved, thanks to its local superintendents, while the long-term motives of the National Park Service remain suspect to some. The Glen Lake Association and the citizens councils organized through the Park’s development have served to represent the views and objectives of area residents. The early members of these organizations did much of the “heavy lifting” and deserve our thanks. Many of these families are still represented in the Glen Lake area.