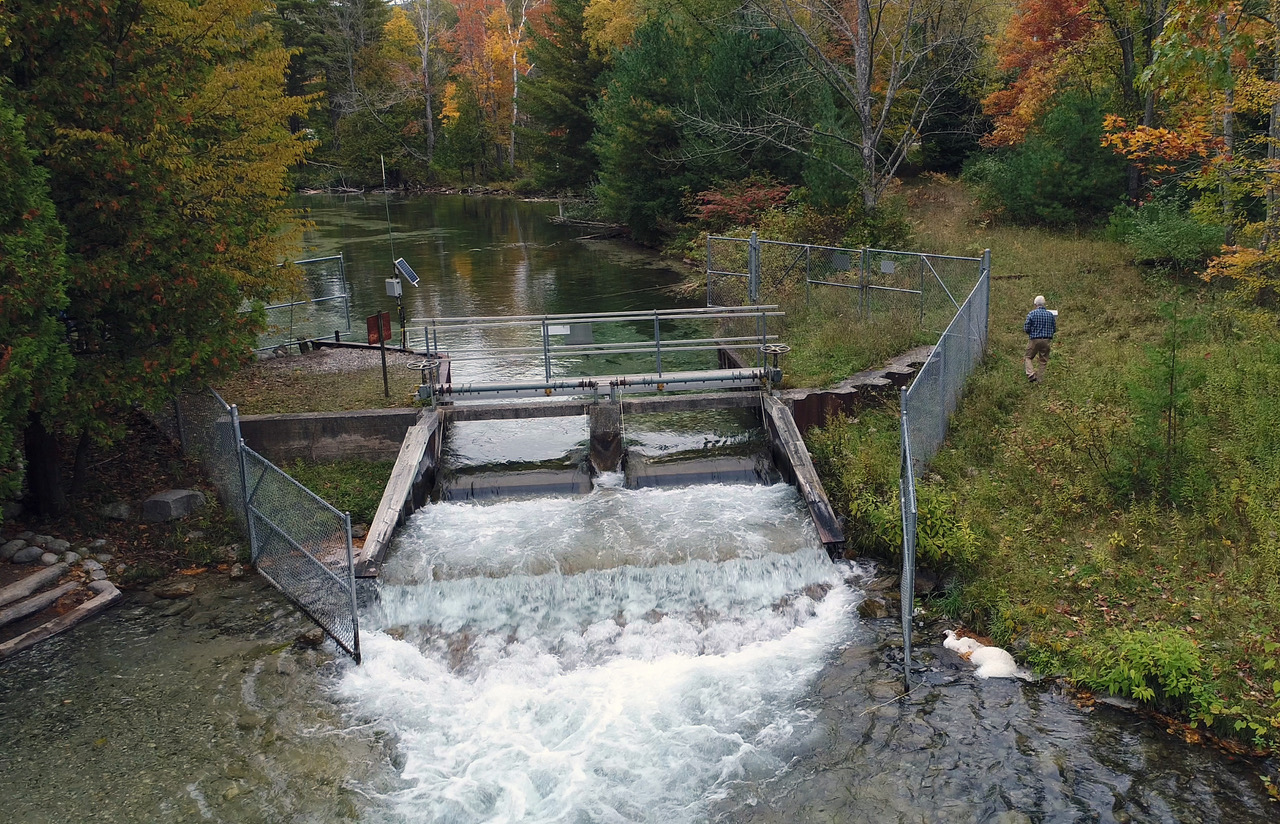 Beginning in 1921 and up to at least 1930, Glen Lake was bordered by a sandy beach that varied in width. It likely was 20–25 feet at its narrowest point­–wide enough for travel by horse and wagon and was used for this purpose by early residents as early roads were scarce.

The outlet channel from Glen to Fisher Lake was shallow but would float row or other small type boats. This channel and the old dam at Fisher Lake sawmill maintained the natural level of the lake very well over the years. The wide beaches were a barrier to wind and wave action and formed the customary natural protection for trees and shore line.

The change in ownership of lake frontage brought with it speed boats and other factors affecting length of docks, etc. It was natural for boat owners to keep boats handy and as near to shore as possible. Thus, they were able to maintain docks of minimum length, starting from the bank rather than from some point on the sand.

The building of a boat livery near the outlet of Fisher’s dam started a chain reaction and created problems new to the lake. Information indicates that the original owner of the boat livery voluntarily dredged the outlet from Glen to Fisher Lake to permit easier access for larger boats. This upset the natural control of Glen Lake water levels and put the burden of control on Fisher’s dam, constructed with removable planks. As an outcome of this, and with knowledge that the level was now subject to more human control, it was not long until “the lake level” became a controversial subject. Few people were  informed about the effects of “high” or “low” water.

Among the reasons aiming for “higher water” were to cut costs of long dock construction and ease of access to boats, and to eliminate odor of exposed rocks­– a temporary condition after the water level is reduced in spots. Those preferring “low water” objected to the loss of naturally established sand beaches, trees, and shoreline due to wind and wave action. All were not affected in the same way. For example, Little Glen and the south side of Big Glen seemed particularly vulnerable to “high water.” When Little Glen had a sand shoreline, docks started on the sand, were short, and deep water was reached easily. The wave action did the work. As appears in the report of the Conservation Department, high water washed shores into the lake, only creating shallow water, now a problem that earlier frontage owners “in the old days” did not have on Little Glen Lake.