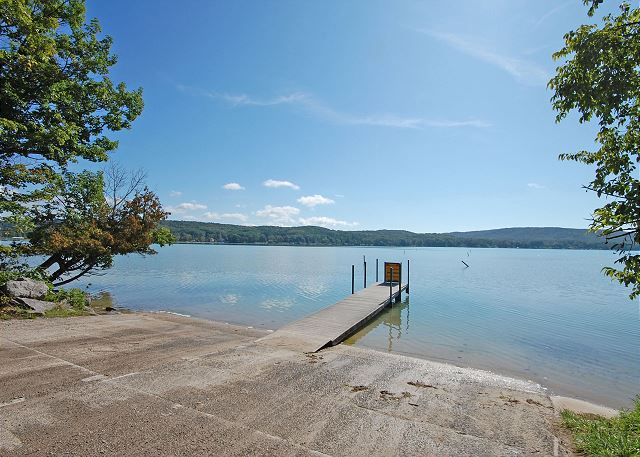 The site of the Little Glen boat launch on Day Forest Road in Glen Arbor consists of 250 feet of frontage. It was acquired on July 12, 1950 by the Michigan Department of Natural Resources for the sum of $4,500. The site was further developed in 1973 to include a ramp, parking, toilet, and roadways.

The channel was dredged through the ice in 1993 at a cost of $8,614.70, of which $5,000 was donated by the Glen Lake Association (GLA). Dam Semple was the secretary of GLA at the time. The channel was then dredged hydraulically for a second time in 2008.

The existing ramp was updated in 2004 with larger concrete planks. In May of 2006, Mike Litch received the permit for the boat wash and shed. The DNR arrived at the site expecting to build the shed but when they arrived, they were met by a group of fine fellows from the GLA, tools in hand! The men had been looking forward to the project and were planning it out all winter long. The DNR assisted them with leveling the floor and a few other minor details but the volunteers did most of the work.

The electric and hot water upgrades were updated in June of 2011. The following year the dry hydrant for fire protection was updated.