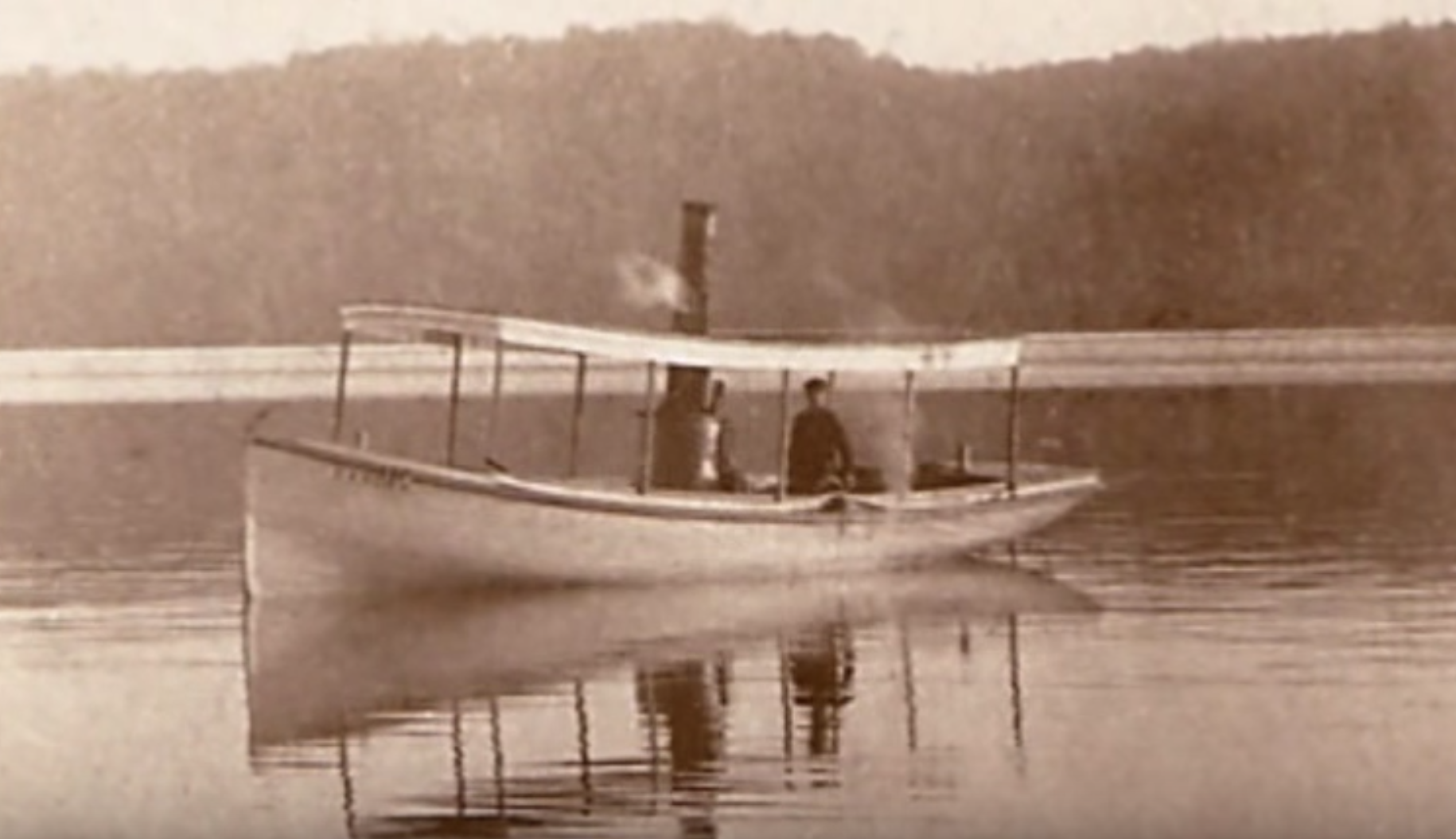 In the early days of Glen Lake tourism there was no bridge at the narrows and no road around the lake; summer visitors had to get to their cottages by boat. Around the turn of the 20th century, Ralph Dorsey ran a ferry service across and around the lake in a covered steamboat called, “Rescue.” Ralph would spend his days patrolling the lake for customers, delivering food and people wherever needed.

By 1914, however, Ralph’s business fell on hard times. It seems that, for whatever reason, people no longer required his services. At some point Ralph gave up trying to keep his business afloat and instantly became part of Glen Lake history and mythology. Rather than selling his business or attempting to resurrect it, Ralph chose a more drastic and permanent solution. One day he piloted his beloved steamboat to the middle of the lake, used an axe to chop holes in the bottom, then calmly rowed away in another boat.

Since that time, several stories have circulated, attempting to explain this rather erratic behavior. The stories range from the mundane—frustration over lost customers: “If they won’t ride with me, they won’t ride with anyone,” to the more exotic—a bad run at the poker table resulting in the loss of the boat’s ownership. Other speculation involved possible nightmares of terrible drowning accidents, possibly due to the fact that one of his brothers drowned.

Whatever the real reason for this extreme behavior, Ralph Dorsey has gained a notoriety that has survived for over a century.

You can find out more about this incident as well as the article regarding the quest to discover the wreckage, which ran in the November 14, 2012 issue of the Glen Arbor Sun.

See this link to read the article and view underwater footage here.