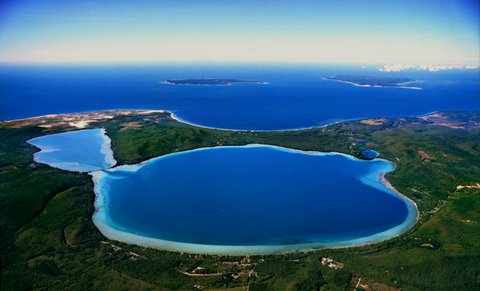 A proposed change to an existing state statute regulating the operation of sand and gravel mining operations is being unanimously opposed by the Glen Lake Association.

The change, Senate Bill 431, would restrict regulation by local units of government in the decision-making process for these operations. This bill has raised concerns about water contamination within the watershed.

Edward Lanphier, president of the GLA, noted that sand and gravel sites are by nature large and involve significant disturbance of natural resources.

“Glen Lake is a groundwater-fed lake and we depend on groundwater for our drinking water. And though aware of the importance of county sand and gravel pits to our economy, preempting local oversight of these operations is not in our community’s best interest,” he said.

Senate Bill 431 would limit the discretion of local units of government as it relates to aggregate mining operations and its negative impact on water quality due to runoff and erosion issues; air quality concerns and the remediation of sand and gravel mining sites; and the amount of water usage required during the mining process. Other concerns by opponents to the legislation include hours of operation, the location of haul routes, noise, dust control, traffic safety, and the impact of mining activity on adjacent land uses and property values. All these issues need to be evaluated locally to ensure sand and gravel mining facilities can be operated efficiently, but with minimal disruption to the local community.

The GLA has written a letter of objection to the Senate committee and legislators considering this statute change and is joined by numerous other leading state and civic groups in opposing its passage. They include The Leelanau Conservancy, Sierra Club of Michigan, The Nature Conservancy in Michigan, and Tip of the Mitt Watershed Council, to name a few.

To voice your opinions on Senate Bill 431, contact your northern Michigan senators. These include Curt VanderWall, District 35. Phone: 517-373-1725 or email: sencvanderwall@senate.michigan.gov. Senator Wayne Schmidt of District 37 can be reached at 517-373-2413 or by emailing SenWSchmidt@senate.michigan.gov.